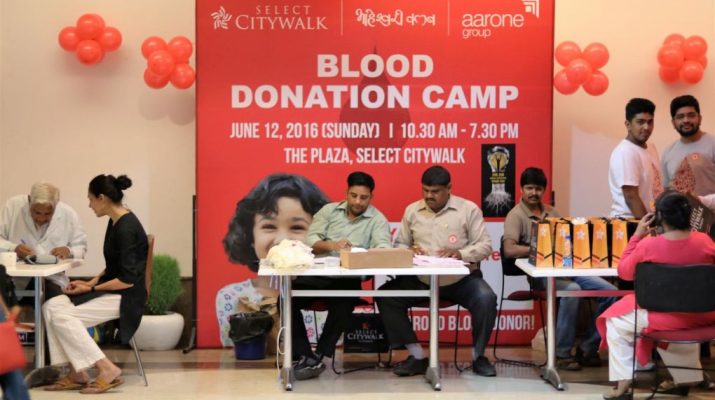 Understanding the incessant demand of blood for patients undergoing treatments and planned surgeries, Aarone Group – one of the leading real estate developers of the country has come forward to organise a blood donation camp on 12th June 2016 at Select CITYWALK.

The drive was organised to commemorate World Blood Donor Day observed by World Health Organisation on 14th June across the globe. This gesture towards serving mankind was supported by Maheshwari Club – a social organisation, whose members along with Select CITYWALK and Aarone Groupâ€™s staff acted as volunteers for this social cause.

Publicised using social media, mall radio and various BTL activities, the camp received a remarkable response from the people. Entire process was managed and monitored by Rotary Blood Bank from Noida. The doctors present at the camp not only cleared the misconceptions related to blood-donating, but also highlighted the fact that one single donation helps in saving three lives. Last year, both the camps organised at the mall (in June and October) witnessed participation of total 550 people.

This being the third blood donation camp in the mall, witnessed more than 300 people taking part in the drive, which included employees at retail brands, mall management staff and visitors. Also, many of the parents took part in the campaign to educate their children about the importance of blood donation. Further, some of the visitors volunteered to publicise the event in the mall and distribute leaflets and educate mall customers about the importance of Blood Donation. The Mall even imparted training and briefing to mall security to housekeeping staff as spreading awareness is equally important.

Sharing its experience, Mr. Nimish Arora, Director Aarone Group said, â€œIt was a proud moment for all us to organise the Third edition of blood donation drive at Select CITYWALK. Only a needy person knows the importance of blood, but we as individual should understand the same and more and more people should volunteer to be a part of such camps.â€

â€œLooking at the huge success of the camp, it is endeavoured to make this drive a regular feature in the Mall as well as Aarone groupâ€™s calendar,â€ he further added.

World need more donors, and there is a great need to spread the awareness about the Blood Donation as a cause amongst the people. A real heartfelt thanks to all who participated the drive. 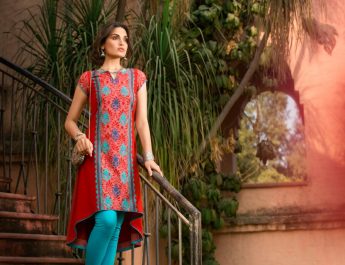 Celebrate the Festival of EID with ethnic collection by RANGRITI 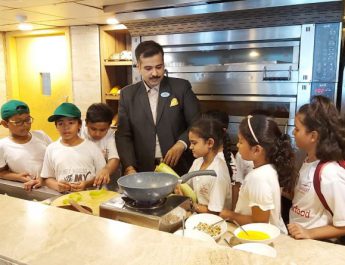 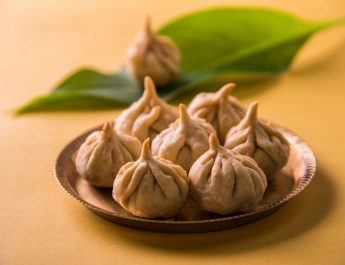