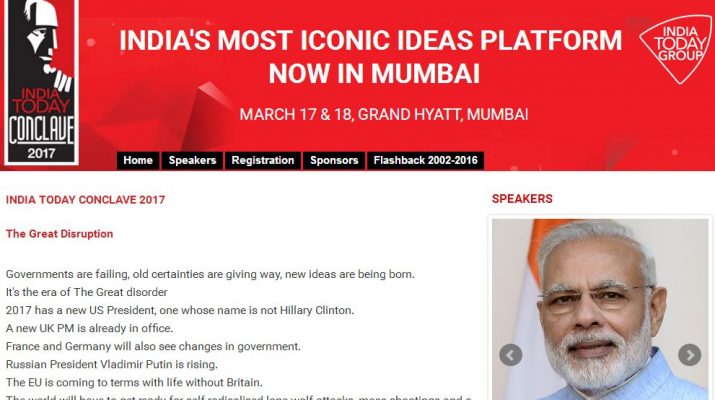 16th Edition of the India Today Conclave gets bigger and bolder

Prime Minister Narendra Modi will deliver a special address at the forthcoming India Today Conclave in what will be a powerful exchange of ideas and energy with some of the countryâ€™s change makers and pathfinders.

The Conclave will also be graced by the President of India, Pranab Mukherjee and former President of the French Republic Â Nicolas Sarkozy.

They will join the sharpest minds from across the world to discuss and debate international issues. To be held on March 17 and 18 in Mumbai, the theme is The Great Disruption, and it will feature ground-breaking ideas, innovative experiences and thought-provoking debates.

Describing the event, Conclave Director Ms. Kalli Purie said: â€œAt the India Today Conclave our attempt is always to give you a microcosm of the geo political leadership. And this year delegates will be spoilt for choice. I am specially pleased to welcome Shri. Narendra Modi back to the Conclave. We have had the honour of hosting him twice before when he was CM and now we come full circle by welcoming him as PM to the Conclaveâ€.Â Come to India’s busiest two days at the India Today Conclave 2017 with the world’s best sharing one stage:Â Â 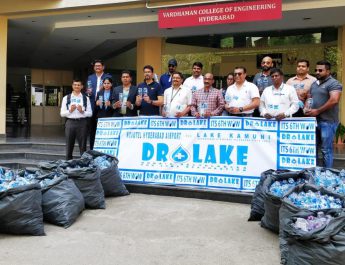 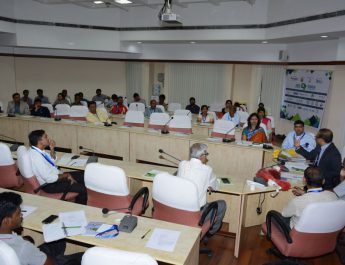 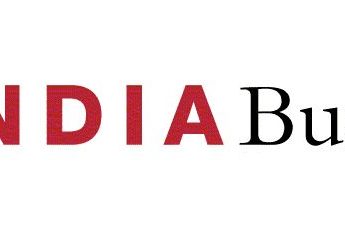