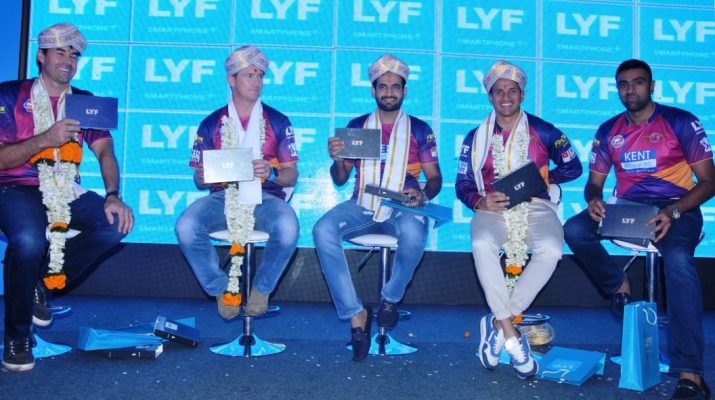 As part of the association with IPL, LYF organized an IPL â€˜meet-and-greetâ€™ for its partners and gave them an opportunity to meet up close and personal with their beloved cricket stars from Rising Pune Supergiants. LYF is the proud sponsor of 3 IPL teams – Rising Pune Supergiants, Royal Challengers Bangalore, and Mumbai Indians.

LYF had also engaged with its fans on social media through a creative teaser campaign around its first TVC that was released during the IPL season. The teaser creative (featuring a cut out of the female lead from the TVC) was released on social media ahead of the TVC going on air and the social media users were asked to #GuessTheActress. The contest generated huge excitement among fans and attracted massive participation during the 3 day period leading to the release of the TVC on air.

LYF smartphones + is a range of True 4G devices from Reliance Retail designed to bring the latest 4G technologies to consumers in India. The entire LYF range is VoLTE-enabled, which deliver a true 4G experience, a move that is unprecedented in terms of the technology revolution to be expected across price points. The brand allows consumers to stay on top of technological advancement with HD voice and video calls over VoLTE & Wi-Fi, multi-party audio and video conferencing, superfast downloads and seamless switching between voice and video calls. The range of LYF smartphones includes 4 series namely Earth, Water, Wind and Flame from the Elements Collection. 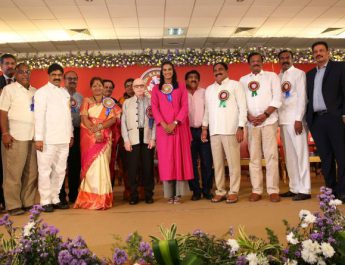 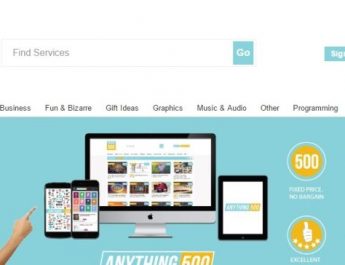 Anything500, an online marketplace for digital services launched in India