Portuguese Government, City of Cascais and CII to co-host the 8thHorasis India Meeting

Indian-origin serial entrepreneur Harjiv Singh, Founder and CEO of Salwan Media Ventures that owns a portfolio of businesses in education, consumer & business information targeting South Asia, will be speaking at the 8th annual edition of the Horasis India Meeting 2016 being co-hosted by the Portuguese Government, the City of Cascais and Confederation of Indian Industries (CII) on 3rd and 4th July 2016 . Converging the global visions community, the Forum will be held in the City of Cascais, Portugal, and will gather a host of business and government decision makers from across the globe to discuss and deliberate on India’s role in the global economy.

Harjiv believes in harnessing the confluence of media, technology and education to empower individuals. At Salwan Media Ventures, he has launched a portfolio of education-focused businesses that include the annual “One Globe: Uniting Knowledge Communities” Forum which focuses on what it takes to build a 21st-century knowledge economy in India and South Asia, and BrainGain Magazine, the largest online magazine for study abroad in India and South Asia. Harjiv serves on the advisory board of Knowledge@Wharton, has been a guest faculty member at DukeCE and is a Charter Member of The Indus Entrepreneurs (TiE). Harjiv is a Trustee of The Loomba Foundation, a UK charity supporting the cause of poor widows in South Asia and Africa. He is also on the board of advisors of the U.S.-India Business Council Education Foundation, a member of the U.S. Advisory Council of The American India Foundation (AIF) and has served on the board of the United Nations Association of New York. He also serves as an Independent Non-Executive Director on the Board of Healthfore Technologies Ltd., a publicly-listed, global healthcare IT solutions and advisory services company and as a Principal of the Global Futures Group (GFG), an international consulting and investment services firm focusing on smart cities.

Harjiv Singh, Founder and CEO of Salwan Media Ventures, says, â€œPortugal and India have shared great historical ties and amity over the years. Portugal is an emerging partner for India in terms of trade, investment and technology and this platform gives us a chance to explore and strengthen economic ties between the two nations. I am delighted to be a part of the Horasis India Meet 2016 in Cascais.â€

Harjiv will speak on the theme â€˜India in the Global Contextâ€™ which will focus on the impact that global geopolitical and economic shifts are having on Indiaâ€™s future. Other panelists include Stiphan Beher, Chief Executive Officer, SpaceTek, USA; Sanjay Budhia, Managing Director, Patton Group of Companies, India; Neena Gill, Member of the European Parliament, Belgium; Zhu Li, Director, Confucius Institute, Portugal; Bronislaw Misztal, Ambassador of Poland to Portugal. The panel will be moderated by Gunjan Sinha, Chairman, MetricStream, USA.

The Horasis India Meeting is the foremost annual gathering of Indian business leaders and their global counterparts. The Horasis events offer businesses and governments to discuss a wide range of issues related to the Indian economy by bringing together highly influential groups of leaders to discuss collaborative approaches at addressing sustainable growth. The events are open to the Chief Executive Officers of the leading companies from across the globe and are supported by Knowledge Partners.

The Horasis India Meeting offers business and government a platform to discuss issues related to the Indian economy. The location of the meeting rotates annually, and has been held in Munich (2009), Madrid (2010), Naples (2011), Antwerp (2012), Belfast (2013), Liverpool (2014) and Interlaken (2015). Horasis also holds meetings on Asia, China, Russia and the Arab world, as well as the all-embracing Horasis Global Meeting. 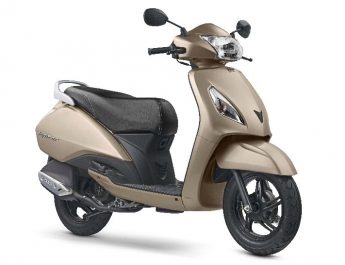 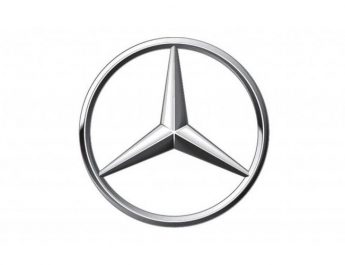 Mercedes-Benz India to set up a temporary hospital with 1500 bed isolation wards for COVID-19 patients, in Pune