Exhibitors from 60 countries are showcasing their destinations at OTM 2017, Indiaâ€™s largest travel trade show from 21st to 23rd February, at the Bombay Convention & Exhibition Centre, Mumbai. This is by far the largest number of countries participating in any trade show in the country, forming a record of its own

OTM 2017 has participation of 1134 travel organizations from 60 Countries. These include National and State Tourism organizations, Hotels, Airlines, Destination Marketing Companies and other suppliers serving leisure as well as business travel and MICE (Meetings, Incentives, Conventions and Events) markets. 7392 travel trade visitors have pre-registered to attend the show. In addition, more than 500 buyers from travel, trade and corporate sectors have qualified for special hosting privileges. In addition to buyers from across India, international buyers from countries like Kuwait, New Zealand, Philippines, Russia and Thailand are also being flown in.

A brand-new addition in OTM 2017 is the co-located BLTM- Business & Luxury Travel Mart. It is focused on the Business, Luxury and MICE segments, where qualified hosted buyers will meet the sellers by appointments. Indian citizens whether travelling abroad or within the country are a much coveted and one of the fastest growing market for leisure as well as business travel segments. Sanjiv Agarwal, Chairman & CEO, Fairfest Media Ltd (Organizer of OTM), said, â€œWith over 1000 exhibitors from 60 countries and from 25 states all over India, OTM 2017 is Indiaâ€™s biggest ever travel trade show. Mumbai is among Indiaâ€™s most important tourism hubs and destinations as well as the biggest tourism source market. We have been organizing this show since last 30 years with a view to providing a platform for the stakeholders of the travel and tourism industry. National and International players who have come together at OTM will witness excellent networking, marketing and tourism promotion opportunities between countries, states and regions. Tourism is one of the fastest growing industries in the world. It plays a vital role in the economic development of a country.â€

In another first, the MICE Club is being launched at OTM, with an objective to facilitate networking and education opportunities among the community of buyers and sellers from Business Travel and MICE segments. Globally, travel trade fairs are considered important annual opportunities for face-to-face meetings and networking among buyers and sellers. Traditionally, visitors at these fairs walk the show and meet the sellers of their interest. The advent of online technologies has not left this field untouched either, as further added by Sanjiv Agarwal.

Featuring destinations through films has been a traditionally successful strategy for many destinations. Mumbai being one of the biggest hubs of film production in the world, OTM has partnered with Film and TV Producers Guild of India and Globe Hoppers to organize an exclusive event â€˜Shoot-at-Siteâ€™ on the opening day of OTM focused on promoting tourism through films shoots, which will be attended by international and state tourism boards and leading film production companies. Destination Weddings is one of the fastest growing segments. A workshop on â€˜Destination Indian Weddingsâ€™ is being curated with the help of Globe Hoppers. Some of the leading Wedding Planners from Mumbai and Delhi will be attending the session.

OTM 2017 has deployed a state-of-the-art online meeting diary system provided by EventsAir based in Australia. It is an advanced system that facilitates matchmaking and appointments between the Buyers and Sellers. Â It has received over 5000 meeting requests prior to the show.

In addition to buying and selling opportunities on the show floor, exhibitors from various countries and states will also make colourful cultural presentations. There will be an equally interesting line up of workshops and presentations that will conducted on the sidelines of the mart. 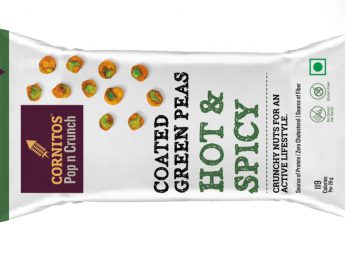