In just under 20 days, four crew members of the â€˜Digital Desh Drive 2â€™ travelled more than 4000 km in a car through the business hubs in 18 cities, towns and villages of Rajasthan, Madhya Pradesh, Uttar Pradesh and Delhi NCR to get a pulse of the â€˜real superpowerâ€™ of Digital India and unravel more than 40 stories of how the Tier 2, 3 and even 4 cities are using technology in their everyday life. The initiative is sponsored by Google India, IAMAI, iSPIRT, Paytm and AskMe.

Woven in a storytelling narrative, Digital Desh 2.0 shares insights on the real Indian entrepreneurs from the gullies and bazaars of rural India. For example, in Pushkar, Rajasthan, Pawan now owns 400 camels of his own instead of working for other safari operators, primarily because of the power of the internet. Indore-based hotel & bakery owner Saurabh uses apps on his smartphone for everything business-related, from CCTV surveillance to coordinating with his team. In village Akola, a B.Com dropout Bhagwati Lal Chhipa has used WhatsApp to reduce his order communication time from 15 days to just a few hours. In village Mandu of Dhar district in Madhya Pradesh, where internet is barely available, AK Jain, a 52-year old government school principal has deployed a GPS-based e-attendance system for teachers and manages pay-slips through a mobile app. In village Guda Bishnoi in Jodhpur, digital helped Deepak and Dhanraj to bypass the middlemen, and sell antique jeeps, pups and Marwari horses on a popular online portal and even promote their antique jeep village safaris themselves on TripAdvisor and the Lonely Planet. In Hathipole Market, a 30-year old paan shop owner Pradeep is already on to his 88th smartphone.

Indiaâ€™s IT Minister Shri Ravi Shankar Prasad, who has been one of the foremost torchbearers of Digital India, has termed PM Modiâ€™s vision as a transformational programme that can be a $1 trillion business opportunity for India, and has called for more and more initiatives to support it. He tweeted about one of the human stories from the Digital Desh 2.0 book, â€œA young boy in Orchha is using technology for selling souvenirs to foreign tourists. @_DigitalIndia for empowerment.â€ Ritik from Madhya Pradesh is a tenth grade student who used Google Translate to learn Spanish and English to support his father to sell souvenirs and is now using learning apps to improve his general knowledge and performance in school.

Jasminder Singh Gulati, Co-Founder of NowFloats, which was incubated at Microsoft Ventures, is ranked among iSPIRTâ€™s InTech50 list this year, said, â€œDigital Desh is a platform that extends support to the Digital India initiative by setting an empowering context of real transformations happening at the grassroots today. Our journey shines light on simpleton Indians who are intuitively learning and discovering amazing solutions to lifeâ€™s important challenges. More than just cold numbers, the stories of these people will leave you touched and inspired to be a part of this shared dream of a truly digital India.â€ NowFloats has also ranked among NASSCOM Emerge 50 in 2013 and in March 2016, its co-founder Ronak Kumar Samantray got listed as Forbes Asiaâ€™s 30 Under 30.

Google Indiaâ€™s Country Head for Public Policy, Chetan Krishnaswamy, adds, â€œThe broad uptake of mobile apps and devices has truly ushered an era of creating, empowering and transforming lives across India. We are delighted to be part of the Digital Desh initiative, a heartwarming reflection of consumer empowerment which aligns to our vision of Android, an open ecosystem, that creates opportunities to innovate, fosters creativity and enables new experiences.â€

Sharad Sharma, Co-Founder, iSPIRT, commented, â€œWho could imagine that one day you will be able to develop a website just by sending SMSes? In a short span of just four years, NowFloats has emerged as one of Indiaâ€™s finest IT product success stories that is powering more than 250,000 businesses with 6 million consumers every month across India, and helping them grow phenomenally through online discovery. With Digital Desh Drive, their team has taken their passion to a whole new level of discovering the real power of Digital India.â€

The launch event also included a fireside chat moderated by Ishaan Gupta, Vice President of Digital Desh, NowFloats, with five of the digital champions from Madhya Pradesh, Rajasthan, Delhi and Uttar Pradesh who recounted stories of how theyâ€™ve used technology in their daily lives and particularly, to enhance their entrepreneurial goals.

The first Digital Desh Drive, held in May 2015 from Amritsar to Kanyakumari covering 7500km in 24 cities in 24 days, found that SMBs from Tier III cities (89%) had the highest adoption of smart devices for customer interaction as compared to Tier I (73%) and Tier II Cities (78%). SMBs in the healthcare industry had the highest adoption of PCs across all cities, though the manufacturing units leveraged the PC technology the most. Digital helped reduce distance barrier for healthcare delivery, achieve supply chain efficiencies in manufacturing & retail, achieve 20x ROI in hospitality, and increase top line by 2x for wholesale SMBs using ecommerce among the respondents. 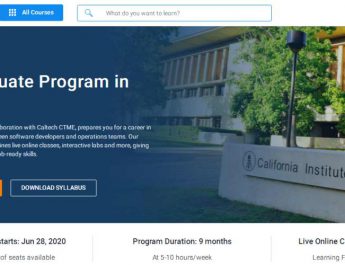 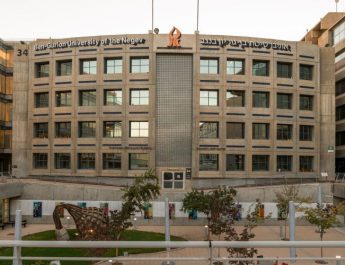