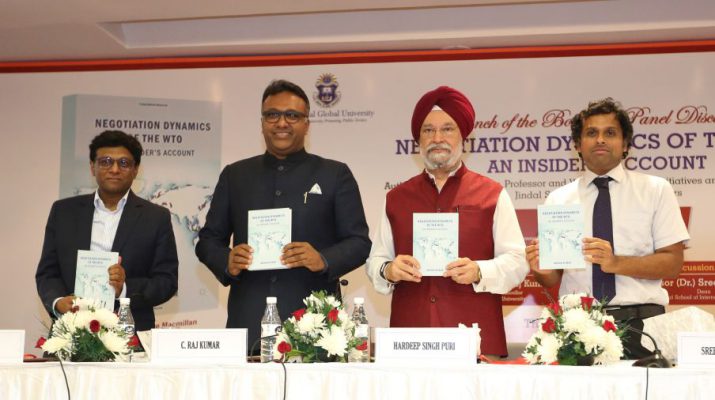 On this occasion, Mr. Puri pointed out that trade strategies of countries evolve as their economic structures change. He gave the example of an earlier era when the USA was pressing to include services trade in the WTO agenda while India negotiated along with Brazil, South Africa and others to dilute it. But the situation today is entirely different. “India is a $2.7 trillion economy. At least 50 per cent of our GDP is in the external sector and that includes the value of goods and services. 57 percent of our GDP now is contributed by services. So, we have an interest in taking service sector trade reforms forward today”, he stated.

Mr. Puri, a former IFS officer, added: “Dr Mohan Kumar’ book should be read by both trade negotiators and those who have the desire to understand the multilateral trade system anchored in the WTO, its history, how GATT evolved into the WTO, and also by those who have an interest to know why the WTO is stalemated”.

He further stated that the book clearly carries a viewpoint of a developing country negotiator. “This book helps to trace the history of our WTO negotiations. This is an extraordinary book and has the technical expertise and the view of an insider (Dr Mohan Kumar) who participated in the WTO negotiations. The book contains a great deal of learning for diplomats and trade policy officials of developing countries”, concluded.

Dr Mohan Kumar explained that his book has three central takeaways. “It was a great privilege to witness three conferences of WTO where things happened. I have tried to be a WTO historian, you can’t change facts,’ he stated. He said there are three central takeaways from his book. “I have come-up with the notion of ‘negotiation resentment’, which I believe has left an imprint on India’s negotiating stance even subsequently and that might explain the skepticism we had with regard to WTO. Second, India has done well actually in negotiations. I argue that it is better for India to stay within negotiations rather than out of them. When we have not participated in negotiations, we are forced to accept outcomes and invariably those outcomes are adversarial to India. My third takeaway in the book is that, with China having distanced itself from India, we are the only country which is sui generis. I would like to call India Ekla Chalo (going alone) country, if you like.

Dr. Kumar also said that “the demise of the WTO is widely exaggerated. The WTO will be redesigned fundamentally,” he clarified.

Dr Mohan Kumar, who is Professor and Vice Dean at the Jindal School of International Affairs, Jindal Global University (JGU), was an Indian Foreign Service (IFS) officer for 36 years, where he served in various foreign assignments. He was India’s Ambassador to France from 2015 to 2017 and India’s lead negotiator at the GATT (General Agreement on Tariffs and Trade) and the WTO.

Speaking at the book release event, Professor (Dr) C. Raj Kumar, Founding Vice-Chancellor, JGU, said that his University is privileged to have three former diplomats, including Dr Kumar, as Professors. He stated that “one of the things which Universities don’t focus is on research, knowledge creation and publications. We are conscious of the need for academicians to engage in a culture of research. This is part of our initiative to be an institution of global excellence,” said Dr Raj Kumar.

The panel debated issues like power play and conflicts between major powers and developing countries in the WTO, India’s role as a spokesperson of poorer nations in trade negotiations, and the threats of protectionism and mercantilism coming from the US and other rich countries which are weakening the multilateral trading system and perpetuating unfair outcomes.

The book aims at informing and educating the public at large about the intricacies of the negotiations dynamics at the WTO. It traces the period from the launch of the Uruguay Round in 1986 to its conclusion at Marrakesh (Morocco) in 1994 and the subsequent entry into force of the WTO on January 1, 1995. The book demonstrates how WTO Ministerial Conference in Seattle (U.S) was doomed to fail and its failure led to trust deficit between the developed countries and certain key developing and least developed countries.

The book throws light on India’s domestic decision making structure as well as some of the factors driving India’s negotiating stance at the WTO. It also describes the current impasse at the WTO and offers some ideas to revive an institution that is so crucial for the smooth functioning of the multilateral trading system.

Dr Mohan Kumar was part of Indian delegation to the WTO Ministerial Conferences held at Marrakesh, Seattle, and Doha. He also served as Chairman of the Delhi-based think-tank, Research and Information System for Developing Countries (RIS). Dr Kumar holds a doctorate from the reputed Sciences Po University, Paris on the subject of Negotiations Dynamics of the WTO. 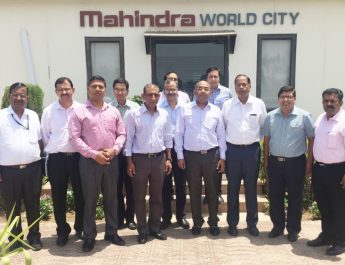 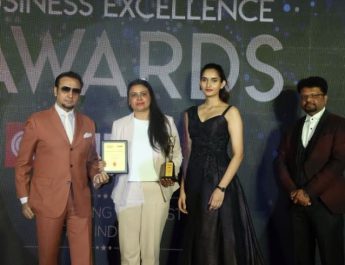 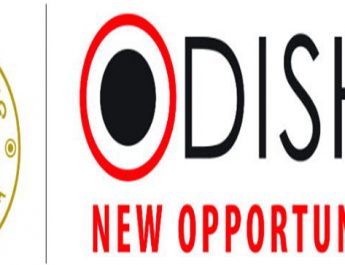