Speaking on the topic Nilotpal Mrinal said, “The way forward is that whatever new words have emerged in Hindi, must be accepted at all cost because these words represent the New Hindi and would help in adding to the vocabulary and richness of Hindi Literature.” Ashish Chaudhary said, “Hindi with full branding and packaging is Nai Wali Hindi that everyone can understand.”

Another discussion on the book, Life among the Scorpions: Memoirs of a Woman in Indian Politics (Rupa Publications) by Jaya Jaitly proved to be extremely engaging. In her book, Jaitly looks back at her 30-year political journey as an Indian politician, and recounts how the going got tougher with her every success, perhaps because she was a woman.

Men don’t have to give up easily but for any woman to step out of their homes and enter politics, unless they belong to a family of politicians. A woman has to prove herself twice over. I respect Mamta Banerjee because she had clear convictions and has nobody to fall back on.

Jaya Jaitly discussed how difficult it was for her to make it in the world of politics which was full of men. She also had complimentary things to say about Mayawati, Jayalalitha, Sushma Swaraj, Nirmala Seetharaman, Vasundhara Raje and Phoolan Devi.  About Renuka Choudhary’s infamous laughter in parliament when PM Modi was making a speech, she had a different take. She said that Renuka should have laughed louder if it was meant as a laugh at the ‘joke.’

Ganga Jamuni Tehzeeb started with moderator Rama Panday sharing her views on Delhi with the audience. R V Smith emphasized the fact that the Ganga Jamuni tehzeeb is so old that one doesn’t know when it started. “In fact during the Mughal rule it had reached its climax,” he said. He also explained the complete dependence on tawaifs in that era when they would teach tehzeeb (culture) to not just the young nawabs – who had to be exposed to the fine arts and aesthetics- but also to sons of rich families.

Historian Dr. Rakshanda Jalil feels that the inhabitants of Delhi don’t invest in the city emotionally the way small town (and hamlets) men and women did earlier and continue to do it with pride. But she is hopeful of regaining Delhi’s lost culture and said, ”Delhi has reinvented itself many times and cannot live in a timewarp, and to do that we must embrace all and different kinds of cultures.”

Moderator Rama Panday defined Delhi as a city that has always been ‘royal’ and one must look at its culture as something to live by.

The last session with Sheila Dikshit on her book ‘Citizen Delhi’- My times my life turned out to be extremely engaging it was moderated by Dr. Amna Mirza Asst. Professor, Columnist and Social Activist, who grilled her on various aspects of her governance besides, praising her term as Chief Minister of Delhi three times. Sheila Dikshit shared how proud she has always been of her Hindu roots and as a ‘Kapoor’ how she coped with all the demands of her newly wedded home of the Dikshits. She also said ‘My life has been full of ups and down in the state of Delhi. Whether, we did something wrong or not, we had to bear a brunt.’ She also dismissed all the charges levelled against her during the Common Wealth Games in 2010. “All those charges against CWG have not been proved”.

Steering your health during the lock down season of COVID-19 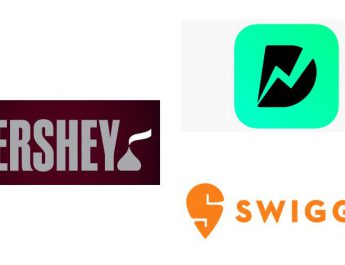