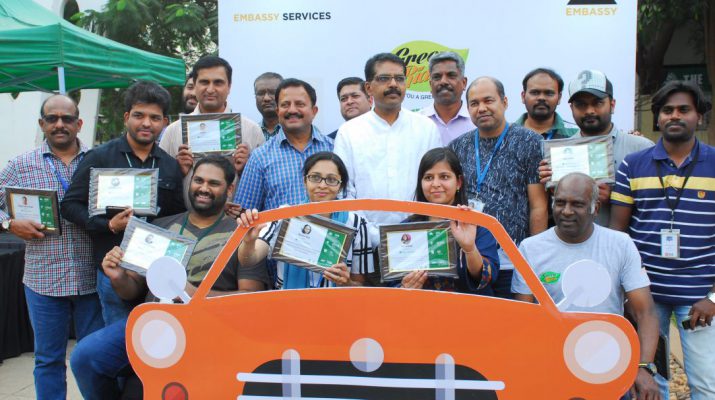 Increasing number of vehicles due to rapid urban population growth has been the key problem to tackle in Bengaluru. As one of the solutions to this menace, Embassy Manyata Business Park, a 110-acre tech park that sees 95,000+ techies logging in daily witnessed a wind of change with Green Rider Mela, a two-day event organized by Embassy Services Private Limited to promote ride sharing through carpooling, bike sharing and public transport. At the occasion, the corporate employees interacted with their carpool service partners. Various civil evangelists like Mr. Ramesh D Naik, Environment Officer, Karnataka State Pollution Control Board; Mr. Bhaskar H G, Deputy Environment Officer, Karnataka State Pollution Control Board and Mr. T N N Murthy, Wildlife Warden at Tumkur spoke on the issue and importance of such initiatives in a city like Bengaluru. Top ride sharers were also rewarded and recognized as a part of the event.

‘Green Rider’ is one of the many sustainable environment initiatives of Embassy Services. They had launched the Green Rider initiative in the month of October last year in the presence of Hon’ Minister of State Mr. Krishna Byre Gowda, with an aim to reduce vehicular traffic and carbon footprints released by the vehicles entering in and out Embassy Office Parks  through ride sharing. To strengthen their effort, they have tied up with three carpool app service providers –Quickride, sRide and W’heal OurWorld. Till date, more than 60 carpool campaigns have been executed within the park to promote carpooling at Embassy Manyata Business Park. There are designated stops for carpoolers within the park and they have also issued car stickers to carpool users to differentiate them from non-carpoolers. Engaging the corporate tenants to create sustainable environment for the parks, Embassy Services has managed to reduce the vehicular traffic in and out of Embassy Office Parks considerably through ride sharing, reducing the carbon footprint caused by the vehicles. Through this initiative, there are now 21,000 carpool users and 51,000 rides have been shared so far covering 841000 kms of ride sharing. This means that 191 tons of carbon emission have been saved. This would require 5028 trees to offset the emission saved by the vehicles.

Commenting on the initiative, Mr. Pradeep Lala, CEO, Embassy Services said, “An average citizen in the city spends over 240 hours in traffic every year. And if the current situation continues, this number will only rise. Through the Green Rider initiative, we at Embassy are aiming to reduce vehicular traffic and carbon footprints significantly and create a sustainable environment for our business parks. We assure that this little effort from our end will surely help ease the traffic problem that Bengaluru is facing these days.”

Speaking at the Occasion Mr. Ramesh D Naik, Environment Officer, Karnataka State Pollution Control Board said “It’s a great initiative taken by Embassy group. As per Pollution Control Board more than 40% of rise in pollution is due to the vehicles and so far, nearly 60 lakhs of vehicles have been registered in Bangalore. The carbon-monoxide that has been emitted by the vehicles are more harmful for our environment, hence I thank and congratulate all the green riders for their great initiative towards our environment”

While receiving the award Green Rider Neha Garg said “I was overwhelmed to receive the award. This initiative brought a lot of people together and helps in the larger way to save our environment. I am very happy to be a part of this initiative.”

Approximately 90 thousand vehicles enter Embassy Manyata Business Park every day and current carpool rate is 1.4 and the mission is to increase this number by 2.0 by March 2018. In fact, Green Rider Initiative have also been implemented in the other business parks developed by Embassy Group. 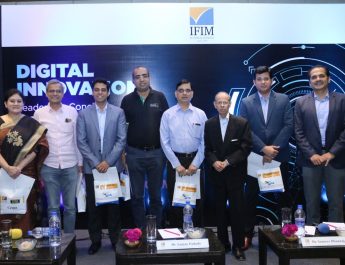 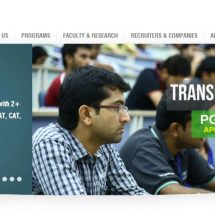 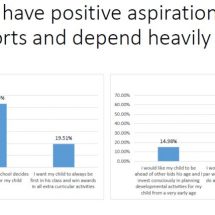 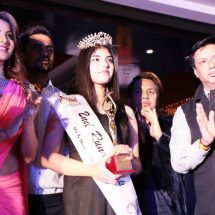 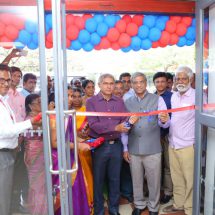 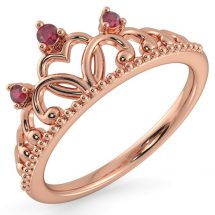 BlueStone.com Unveils Four Unique and Quirky Collections for the Season of Love