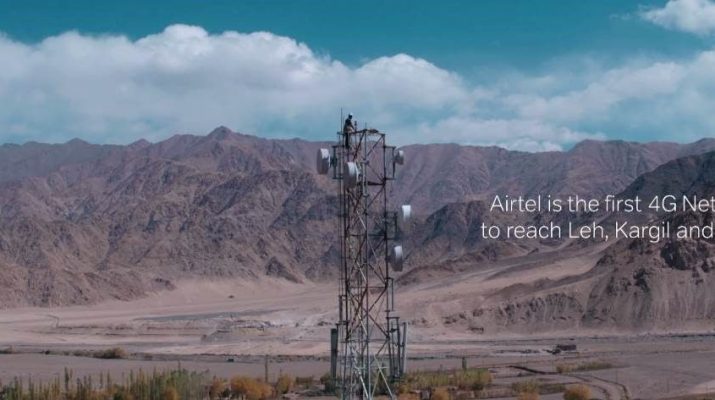 Becomes the 1st operator to launch 4G in Kargil, Dras and Leh in the Ladakh region

Bharti Airtel (â€œAirtelâ€), Indiaâ€™s largest telecommunications services provider, today became the first operator to launch 4G services in the countryâ€™s northern frontier of Ladakh region. Customers in 130 towns and villages, including Kargil, Leh, and Dras, will now be able to enjoy affordable high speed data services and get on to the digital superhighway.

The rollout, which is part of Project Leap â€“ Airtelâ€™s network transformation initiative, is a testament to the companyâ€™s network execution capabilities. Airtelâ€™s network teams and partners have overcome the challenge of extremely difficult terrain and harsh weather conditions, including sub-zero temperatures, to deploy a state-of-the-art 4G network in the region. To give a perspective, Dras, located in Kargil District and considered as the gateway to Ladakh, is the coldest inhabited place in India and the second coldest in the world.

Commenting on the launch, Ajai Puri, Chief Operating Officer (India & South Asia), Bharti Airtel said, â€œThis is a major milestone for India and for Airtel. Having pioneered 4G rollout in India, Airtel has been committed to expanding its high speed data networks to every corner of the country and contribute to the Governmentâ€™s Digital India vision. As part of Project Leap, we will continue to channel investments towards building a world class future ready network that touches every Indian.â€

Under the Project Leap initiative, Airtelâ€™s nationwide 4G footprint now spans Ladakh in the North to Kanyakumari in the South and Tawang in the East to Kutch in the West. Airtel has committed over Rs 60,000 crores of investment for the initiative. Airtel launched Indiaâ€™s first 4G service in 2012 in Kolkata. 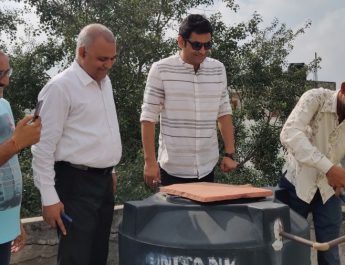 90% consumers use only mobile devices in their path to purchase for Travel, Music and Movies