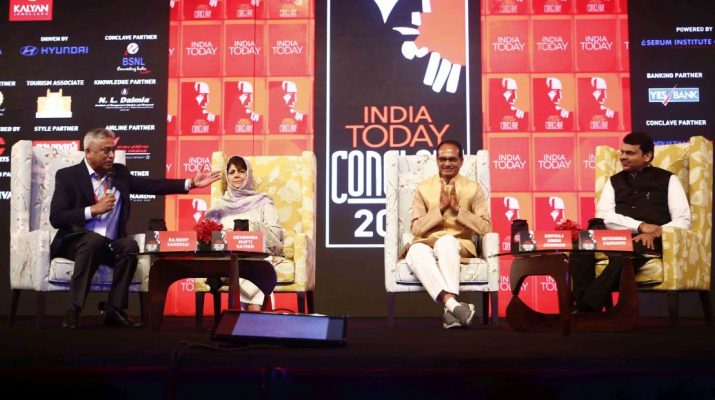 Whatever we have asked for from the Centre, we have got. There is no discrimination -Â The New Federalism

India Today Group Chairman and Editor-in-chief Aroon Purie welcomed the audience to the 16th edition of the India Today Conclave and the first in Mumbai. Commencing the conclave, Mr. Purie introduced the topic of the year- â€œThe Great Disruptionâ€ and the speakers for the first session, The New Federalism.

The Centre is encouraging the idea of cooperative federalism which means that states play an important role in the development of the nation. All three chief ministers, Devendra Fadnavis, Mehbooba Mufti Sayeed and Shivraj Singh Chouhan, agreed that â€œTeam India comprises the various states and the CMsâ€. â€œAlthough people say Mr Modi is authoritarian, he is not. He is open to ideas and has tried to develop the country as a true federal structure,â€ Mehbooba Mufti Sayeed, CM, J&K said.

Devendra Fadnavis said that certain key Mumbai projects which were pending for several years for clearances have now been approved. According to Fadnavis, the biggest disruption is the inclusion of environment aspects into the development projects of cities. In Maharashtra, the government does not need to go to Delhi for clearances for construction of up to 1 lakh square metres. â€œThere is a huge sense of positivity,â€ he said.

For the development of the nation, states have to compete with each other; not parties or leaders. While Mehbooba Mufti agreed that Jammu and Kashmir is lagging behind the others, she said itâ€™s not because of states competing with each other and appealed to the Centre and other states for â€œhandholding.â€

Even as the BJP is spreading to various states, regional parties cannot be ignored since they represent aspirations of the regional people. â€œWhile some regional parties are gone for now, they are not out,â€ said Mehbooba Mufti. However, she stressed on the need for the opinions of regional parties to be taken into account in key policy decisions. â€œOur sensitivities are different and we do have a role as far as our relationships with other countries such as Pakistan. Our role needs to be considered since we are the victims. But whenever we have asked for anything, no minister has said no. We get whatever we need,â€ she said.

The state of Jammu and Kashmir needs special assistance because of its sensitive nature. Mufti appealed to the Centre and other states for â€œhandholdingâ€ since the state is lagging behind most others. â€œIt is not because other states are competing with us; it is because we are a border state and have certain sensitivities,â€ she said. Article 370 is not impediment to the development of Jammu and Kashmir. Mufti invites people to visit Kashmir with their families, â€œenjoy the spring or the autumn of Kashmirâ€. She said: â€œDespite the encounters in certain parts of the valley, Kashmir is one of the safest places in the country where women can walk around freely.â€

Despite changing political trends, in a democracy, every party continues to be important. â€œNo party can finish off any other party, only the people can finish a party. The Prime Minister has set different standards and parties have to match or break those standards. The battle of ideas can be fought with development and ideas,â€ said Fadnavis.

Mehbooba Mufti: â€œWe are the victims of the relationship between the two countries.â€

Devendra Fadnavis: â€œThe decision on demonetisation shows that it was taken with desh bhakti. Any major decisions related to defense or to RBI are exclusively the Centreâ€™s domain.â€

Shivraj Singh Chouhan: â€œWe have cooperative federalism. The states are not discriminated against. The Niti Ayog has chief ministers from different states irrespective of their parties.â€

When asked if the Shiv Sena, an alliance partner in the Maharashtra government, was playing the role of Fadnavisâ€™ biggest opposition, the Chief Minister said: Our inspiration is Mr Vajpayee, if he could run a government with 22 parties, I can easily manage with one.â€ 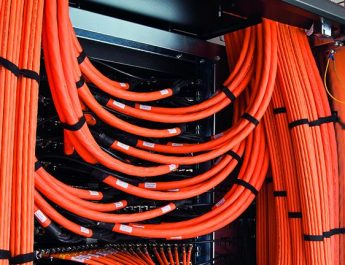 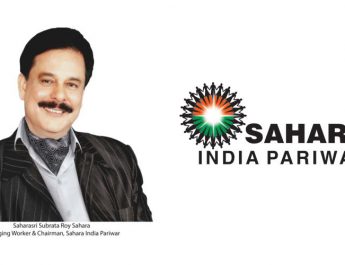 Battling Corona is not just the responsibility of the Government, every Indian should fight against this pandemic – Saharasri Subrata Roy Sahara 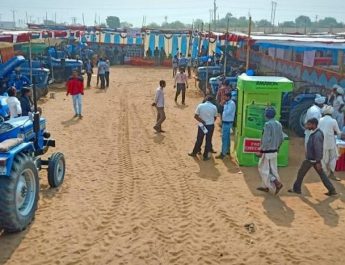