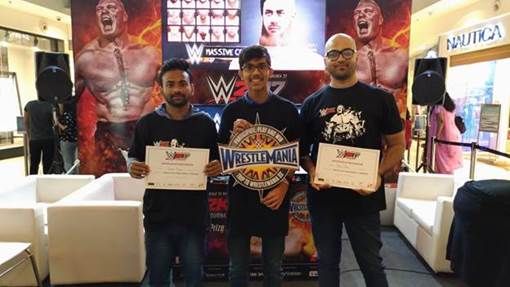 Manan Sanghvi, a 17 year old young lad of Mumbai won the ticket to Road to WrestleMania organised at Oberoi mall. He also won an all sponsored trip to Orlando to watch the royal rumble, WrestleMania 33 to be held at Floridaâ€™s Orlando Citrus bowl onApril 2, 2017 + a cash prize of â‚¹ 30,000. Alongside the other winners were Prince Patra who stood as the 1st runner up where as the second runner up was Satyam Prusti.

The two day event saw the best of best players coming from across cities to play against each other to win the glorious ticket to watch the WrestleMania 33 live. From over 1000+ gamers who registered for the tournament, only 64 were qualified to play at the finals. All the players fiercely competed to be able to reach to the finals also the enthusiasm among all the participants was immense. Manan Sanghvi, the tournamentâ€™s finale winner, who is also currently appearing his 12th board exams said, â€œI am very excited on wining this tournament. My board exams are almost 8 days away, but I have no fear because I wanted to win this so desperately. I am now delighted, with all my heartâ€™s content and ready to peacefully prepare for my examsâ€

The players were also graced by awarding them with the participation certificates and official WWEÂ  merchandise. 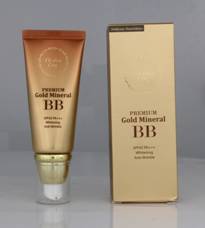 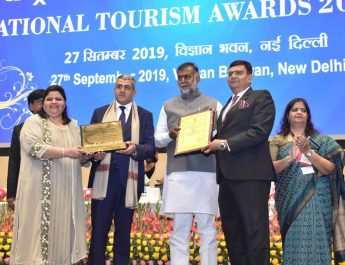 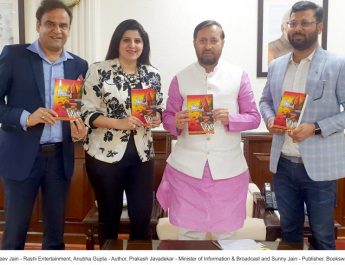 “Power of Awakening” by Anubha Gupta unveiled in National Capital