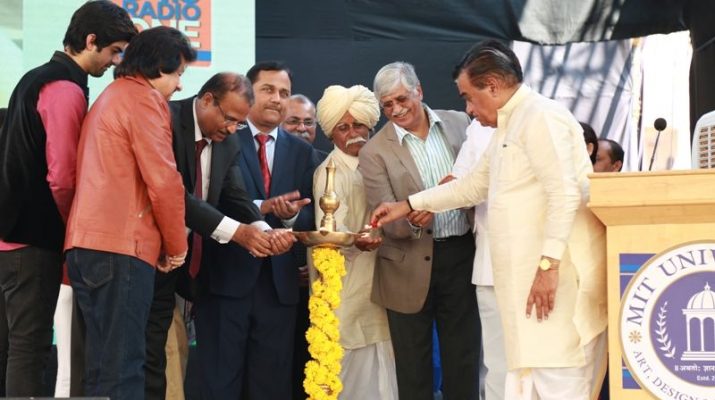 Prof. Dr. Mangesh Karad, Secretary and Trustee MIT Group of Institutions and Vice president of MIT-ADT University, Rajbaug, Pune said â€œMIT-ADT PERSONA FEST-2017 is a new initiative of MIT ADT University whereÂ in 3 daysÂ fest we will offer a unique platform to our bright students to explore different facets of human personalities in the arenas of Art, Music, Culture, Fashion, Glamour, Acting, choreography, production and direction etc. This techno cultural fest will encourage the participation of youth from all over the county to participate in different contests and also get an inimitable chance to meet and interact renowned celebrities from academic and glamour world of national and international standards. At MIT ADT Persona fest we aim to give chance to young minds to becomeÂ tomorrowâ€™sÂ trend setters and celebs of fields they like and they masterâ€

Day one saw students showcasing their talents in Poster making highlighting â€˜Digital India and Make in Indiaâ€™. Gaming freaks got opportunity at battles of popular games like Counter Strike, NFS, FIFA and Battle Code. More than 7000 talents participated under each game that had three rounds.

On the third day of the MIT ADT Persona fest -2017, students participated in different contests and competitions like Rocket launcher, Nitrobuster- the team has to make a remote controlled IC engine powered car with some specification like the suspension power, braking system, steering mechanism etc should be manufactured by the team itself, it should be of some specific dimensions, Robowar Competition and Selfie’ish (Craziest Selfie Contest) in which the young talents had to clicked craziest-ever Selfies.

Other popular events included Smart City- were a team has to present a PowerPoint presentation on smart city, Model Making- In this round contestants will be given a specific task which will test their time management skills and efficiency, Poster Making, Mapping and Mindful Architect.

More than 7000 talents participated under each game that had three rounds, over the period of three days. After the event, evening celebrations was scheduled for the winners from different categories. The winners were awarded by the eminent personalities. The show concluded with vote of thanks and thunderous applause. 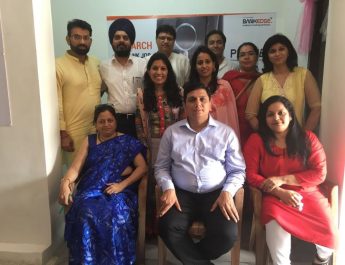