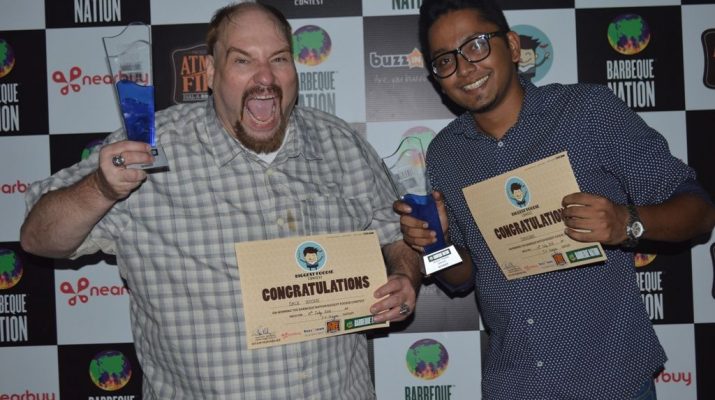 Barbeque Nation, one of the largest casual dining restaurant chains in India hosted a food eating competition, â€˜Biggest Foodie Contestâ€™ on July 10th. The contest received a great response from food lovers across Bangalore. Even expat contestants from countries like the USA and Namibia participated in the event.

The Biggest Foodie Contest reflects Barbeque Nationâ€™s famous â€˜Eat-all-you-canâ€™ dining experience and philosophy. The participants were given 15 minutes to eat as many plates of starters as they could. All participants received gifts from Barbeque Nation. The winners were felicitated with a trophy and their 3D cut-outs will be placed at the restaurant, for a month.

Mr. Sameer Bhasin, CEO, Barbeque Nation Hospitality Ltd. said â€œBarbeque Nation continually seeks to engage with its customers through innovative and interesting endeavours. The contest was actually a reflection of the Barbeque Nation ethos of people coming together over good food. We are pleased the event was such a success and would like to congratulate all the participants.â€

Dale Boone, winner of the Biggest Foodie contest ate five plates of starters within twelve minutes! He stated, â€œIâ€™ve been participating in food eating contests for the last 17 years, all across the globe. Finishing five plates of grilled food was a feat but I loved every bite of it. Iâ€™d like to thank Barbeque Nation for serving me great food!â€ 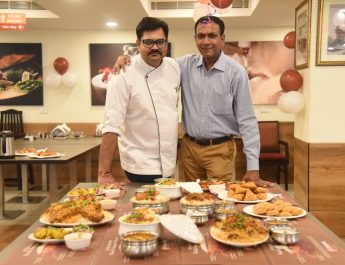 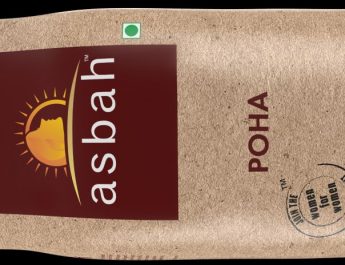