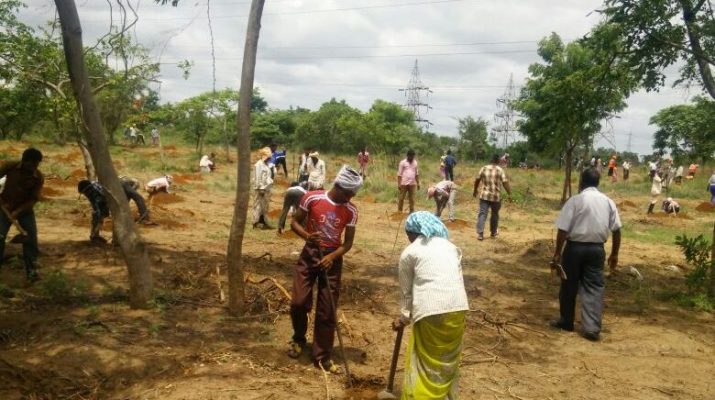 CREDAI, the Confederation of Real Estate Developersâ€™ Associations of India, countryâ€™s apex body of private real estate developers, as a part of their CSR initiative has pledgedsupport to â€œTelangana Ku Haritha Haramâ€ an initiative by the Government of Telangana State to plant 25 Lakh trees on July 11th 2016 by planting and maintaining 1,00,000 trees at the Hyderabad Central University Campus for the next 3 years. â€œTelangana Ku Haritha Haramâ€ is a unique and ambitious initiative by the Government to increase the Green Cover over Hyderabad with mass participation with the theme â€œEach One, Plant Oneâ€ and sensitize the people about the importance of planting trees and maintaining a clean & green environment in the city. Considering the importance of Haritha Haram, CREDAI came forward to support the noble cause of the government to increase green cover in the city, and has taken up the tree plantation to plant 1,00,000 saplings on July 11, 2016, and has requested the government to allot a large area for plantation. The government has allotted about 350 acres of land in the campus of the University of Hyderabad, where good part of the campus still needs plantation.

As time available was short, this massive plantation requires meticulous planning and project management skills and mobilization of special purpose machinery for clearing the bushy growth, for deep ploughing and for drilling one lakh pits, transporting the saplings from distant two nurseries, as at one nursery sufficient saplings are not available. CREDAI has divided the vast expanse of land into a number of sectors. Each sector is further divided into sub-sectors, and each such sub-sector is allocated one supervisor and volunteers from amongst the staff of CREDAI members. Each sector will be managed by an engineer. Presently the work is on its full swing, and pitting by special purpose JCBs is being carried out.The transportation of saplings will begin four days before the target date, the July 11, 2016. CREDAI will transport 50,000 saplings of different varieties from Tellapur HMDA nursery and the other 50,000 saplings from Shamshabad Nursery. One sapling will be placed next to the pit a day prior to the event to ensure seamless execution on July 11th 2016.

Speaking about the initiativeÂ Mr. S. Ram Reddy President,Â CREDAIÂ Hyderabad,said, â€œBuilding the Green Cover for Hyderabad has been an endeavor of the members of CREDAI. Today the developers undertake the projects providing over 70% lung spaces for their respective projects. When the Government announced the massive drive to plant 25 lakh trees on a single day, the members of CREDAI could not be left behind in this noble initiative. We are going to plant 1 Lakh saplings in the allocated land at Hyderabad Central University Campus and we believe we will be the single largest private body to plant 1 Lakh saplings onJuly 11, 2016. The teams of CREDAI volunteers are closely monitoring the progress to ensure a seamless execution on the Target Day.â€

Adding to this Mr.P. Ramakrishna Rao, General Secretary,Â CREDAIÂ Hyderabad,Â said, â€œTelangana Ku Haritha Haramâ€ is a noble initiative by the Government of Telangana State and we fully support the Government in this massive drive to plant 25 Lakh trees on a single day. We got the land for the plantation on 15th June 2016. Since then a CREDAI projects team is working round the clock to ensure the necessary preparations are in place to ensure we plant 1 lakh saplings on 11th July 2016. Our members are mobilizing their staff, engineers, workers from their project sites to be part of this mega drive and make it successful. We would be extremely grateful if our beloved Chief Minister Shri. K. Chandrasekhar Rao garu could take his valuable time out and visit our plantation site. It will give us immense motivation to CREDAI Members.â€ 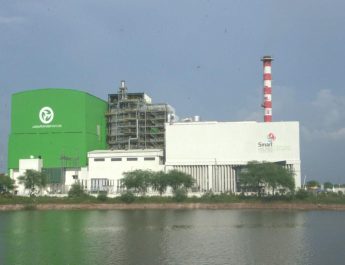 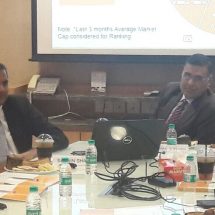 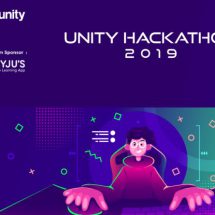 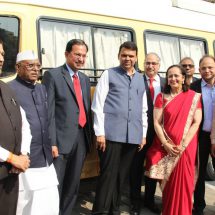 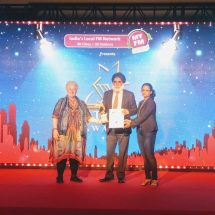 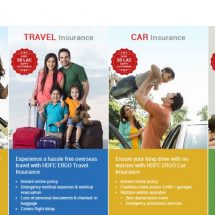