The New Civil Aviation policy has been finalized after nearly eight months since the Ministry came out with the revised draft in October 2015.The NDA government had for the first time unveiled the policy draft in November 2014 and thereafter the meetings between officials of AAI, Ministry of Civil Aviation took place at certain intervals.Â  During these deliberations lots of issues were discussed, various suggestions were submitted. Thereafter and after intense scrutiny across ministries and the Group of Ministers, Ministry Of Civil Aviation finally sent the policy for Cabinetâ€™s approval on June 3rd2016.

The new policy opens up the skies to greater competition, the government scrapped an almost-decade-old restriction that cramped new airlines from flying international, and to bring down operation costs, the new Civil Aviation Policy allows domestic airlines to undertake ground handling by themselves and also deployment of private security staff for non-core security duties at airports.

The existing ground handling policy is being replaced with a new framework to ensure fair competition.Â The airport operator has been advised to have maximum number of three ground handling companies including Air India’s subsidiary/JV at all major airports as defined in AERA Act 2008.Â  AtÂ non-major airports, the airport operator has to decide on the number of ground handling agencies, based on the traffic output, airside and terminal building capacity. All domestic scheduled airline operators including helicopter operators will be free to carry out self-handling with their permanent employees on their payroll at all airports. Hiring of employees through manpower supplier will not be permitted.

Mr. Prem Bajaj, Chairman and Managing Director, Bhadra International (India) Pvt. Ltd. said, that â€œThe National Civil Aviation Policy 2016 cleared by the Union Cabinet will be a great boost to the hitherto ailing aviation policies, which were followedÂ  without any clear focus.Â  The new policy for ground handling clearly lays down level playing field amongst the authorized service providers in terms of the Royalty and has put a total stop on the hiring of manpower from the manpower suppliers at the security sensitive Indian Airports.Â  The government has allowed self-handling to the domestic carriers at all the airports only through their permanent employees or through the employees of their own subsidiary taken on regular employment and are on their own pay roll.Â  The government thus has taken a right decision in this regard keeping the charged security scenario.

We are happy to note that including the national carrier, there will be a total of three ground handlers at Airports like Delhi and Mumbai where the passengers handledÂ Â  is in the range of 41 million passengers per annum. Similarly at the other major airports at Bengaluru, Hyderabad, Chennai and Kolkata where the passenger handled is almost one third of Delhi and Mumbai, the number of authorized ground handlers will continue to be two.Â  We must appreciate MOCA that they have carried out a careful study of the passengers handled at non major airports and has rightly kept the numbers of ground handlers very much limited to the capacity and size of operation at the Airports.

The policy has also given due emphasis on all equipment operating within the airport environment complying with latest emission norms by 1st April 2017, which is the need of the hour , besides looking for use of alternative fuel and for deploying hydrogen and electric vehiclesÂ  when compared with diesel and petrol vehicles. Bhadra is very happy to share that asÂ  desired by MOCA now to strengthen the policy guidelines on energy conservation, Bhadra has already positioned equipment which are electrically/battery operated and heavy equipment with low emission ,as per norms prescribed by ICAO guidelines. We are the first ground handling company in India meeting the quality requirements brought out in the New Civil Aviation Policy 2016.

Aviation education and skill building had always been a priority for Bhadra and accordingly created a full-fledged training center to constantly upgrade the skills of its ground handling staff.

The Govt. of India and especially the MOCA therefore needs to be appreciated in carrying out a sound and firm policy for India to emerge as one of the largest aviation ecosystems in the world.

Mr.Â Murali Ramachandran, CEO-India, Celebi Aviation said â€œThe much awaited policy has been announced today and the MOCA has paid a lot ofÂ due attention to thisÂ part of civil aviation ecosystem and heard the voice of stakeholders carefully. Whether it helps in improving economies of flying is a moot point, since there was sufficient competition already existing in this sector. An important aspect of the policy is the single window system for all aviation related transactions and complaints by aviation regulator Directorate General of Civil Aviation or DGCA.

The ministry has taken bold and progressive step by insisting on permanent employment in this security and safety sensitive sector. The domestic airlines cannot use contracted employees and must have employees on regular pay roles. This is a big change in favor of ground handlers. The domestic airlines will not be permitted to do third party handling which is good however they have allowed equipment to be taken on hire from third parties. There will be no outsourcing to manpower contractors and there will be level playing conditions now. Let us hope that it is adhered to diligently by the Authorities and the deployment of non-entitled entities is forthwith abolished. The ministry has not been successful in this area till now despite clear policy and court directionsâ€.

The policy however has not answered our concerns on level playing field since self-handling airlines will still not pay royalty and deposits as the third party Ground Handling Companies had to pay pursuant to the 2007 policy. The policy has also ignored that there were running contracts that our companies had with the Airport Authorities which will get violated with the new policy. This will certainly erode investor confidence.

Mr Rakesh Jain, President and CEO, Indo Thai Airport Management Services Pvt Ltd said â€œThe NDA government for the first time is building an ecosystem that will lead to an increase in air travel by making it affordable with real time safety tracking. It is a very comprehensive attempt at policy making and reconciliation ofÂ an excellent vision with heavy detailing. The long wait was certainly worth its while. The ground handling part of the policy witnesses a lot of changes from the original draft and has become far more sector friendly. However, the process continues and requires furtherÂ detailing and the crafting of appropriateÂ rules and regulations and we hope that stake holders are involved withÂ similar sincerity as was witnessed in the policy formulation stageâ€.

The policy hasÂ neglected quality by not stipulating class of equipmentâ€™s – IATA and ICAO terms should be adhered to in all commercial practices. It has also not addressed level playing field by not articulating commercial terms (royalty and deposit). 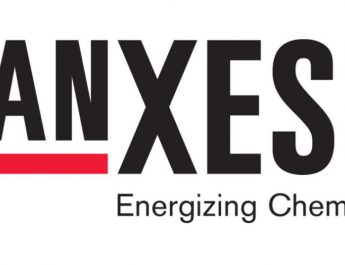 Polyamide 6 is a cost-effective monolayer solution for fuel tanks 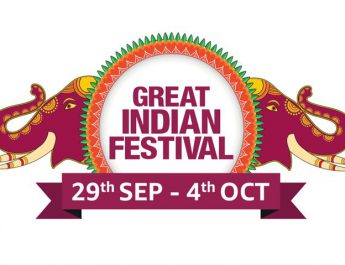 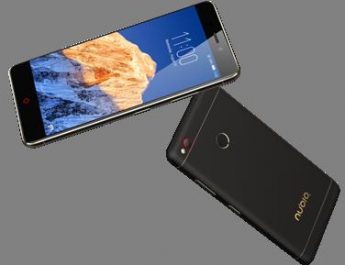