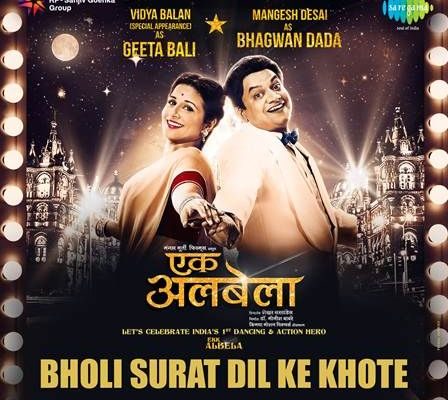 Bhagwan Dada had the body of a wrestler and the jiggle of a Ginger Rogers. His body had rhythm and music embedded deep within him. He underplayed his moves but still swayed like the night shade. His body’s rhythms carried the sinuous wavelike motion of the gaja gamini. He saw people. Noticed their inherent swing. He let their tempos move him emotionally and corporeally. He tried to assimilate new ideas by trying out the rhythms of those you encounter. All might not have been original but he captured a move, a quip, a flick of a wrist, a twist, a quasi jhatka and a feline matka and made it his own.Â  He owned it! He danced to tune which one couldn’t name. There wrest his greatness.

That tender sway of the hip…the naughty look of an infant..the quickness of a feline and the candor of a star, he possessed it all. In the stillness of his repressed movement he defined the minimalism of movement…and rhythm. He had swag before swag got swag!

Who was Bhagwan Dada?

A much remembered and talked about incident from Bhagwan Dadaâ€™s life is that of a â€œSlapâ€. This incident takes us back to 1942, in the midst of shooting a particular scene for a film where Bhagawan Dada was to enact a slap on Lalita Pawar. This unfortunately did not pan out well and ended with Lalita accidently being slapped very hard by Bhagwan. After the incident Lalita was left with facial paralysis and a burst left eye vein. Three years of treatment later, Lalita was left with a defective eye.

Vana Mohini – A History in the making Vana Mohini was a ground breaking movie not only in the history of Indian Cinema but also perhaps world cinema. It was the only instance where an animal (in this case, an elephant!) named Chandru, received top billing in the credits of the film. The film launched the heroine, the seductive K. Thavamani Devi of Sri Lanka to stardom. The movie was a rehash of a Hollywood â€˜jungle’ movie featuring Dorothy Lamour which had Thavamani wear the same revealing Hawaiian-style sarong worn by Lamour. This outfitÂ was a first in Tamil cinema and the sarong played a major role in contributing to the filmâ€™s success.

Vana Mohini was a story was about a woman living in the wild with only an elephant as a companion. An evil-minded man is out to capture her and at the same time, a prince comes to the forest in search of his missing uncle and meets the woman and they fall in love. Unfortunately they are soon captured by the villain and then the movie shifts to how the prince with the help of the elephant destroys the villain, finds his uncle, and finally marries the woman.

The film launched Thavamani Devi into such stardom that she began to insist on designing her own costumes and doing the make-up herself, making it a condition on her contract which was something unheard of at that time and remains to be noted as an important event in the annals of Indian film history.

Albela â€“ The beginning of the end One of Bhagwan Dadaâ€™s greatest works was a social film called Albela which supposedly was an idea originally given by Raj Kapoor. The film featured Bhagwan Dada himself & Geeta Bali as the lead and the music was composed by C. Ramchandra whose musical contributions played a major role in the movie achieving legendary status. Story has it that C. Ramachandra and Bhagwan were discussing the film at a Churchgate restaurant in Mumbai and C. Ramachandra promised Bhagwan Dada to give musicÂ for the film “for the love of it.” And sure enough, he gave some of the biggest hits forÂ â€œAlbelaâ€.

The story revolves around Day-dreamer and Artist, Pyarelal who lives a poor lifestyle in Bombay with his retired dad; housewife mom; married brother, Mohan and his wife, Malti; and unmarried sister, Vimla.The family is in the midst of arranging Vimlaâ€™s marriage for which her dad has saved a thousand Rupees, while Mohan has made arrangements for six hundred more, and Pyarelal is asked to arrange for four hundred. Instead Pyarelal brings home one hundred rupees, informing his family that he has been fired from his job, and will be unable to raise any more money. An argument follows and Pyarelal is asked to leave his home to which he swears to return when he is wealthy and famous. The rest of the story deals with his life post leaving his family and his rise to fame as an actor. He finally decides to return home but when expecting all to be well but is not what he had initially thought to be.

The film became a huge hit as it struck a chord with the common man not only due to the story ofÂ the film but also because of the songs, and people thronged to the cinemas to watch the film. Songs Â from Saregamaâ€™s repertoire of the film such as â€œShola jo bhadkeâ€, â€œdil mera dhadkeâ€,Â â€œBholi surat dil ke khoteâ€ or â€œnaam bade aur darshan chhoteâ€œ still continue to be heard even today.

From Riches to Rags

After Albela, Bhagwan had everything he had ever dreamt of – money, fame and friends. Bhagwan Dada lived a lavish life in a 25 room sea facing bungalow in Juhu and had a fleet of seven cars (one for each day of the week). There were subsequent films such asÂ Jhamela & Laâ€™bela but they all failed to achieve the same level of box office success and endearment with the masses. He was never really able to re-create the same magic of Albela. He later took up small roles in multiple films some of which were lost in obscurity. Unfortunately his quest for success in films took a toll on his life and he lost all his wealth and ended up living in a chawl in Dadar, Mumbai. Most of Bhagwan’s associates left him in his time of need, apart from C. Ramchandra, Om Prakash and lyricist Rajinder Krishan, who continued to meet him even in his chawl.

Death of a Dancing super star

Bhagwan Dada, the first dancing super star of Indian Cinema died of a heart attack in 2002. He was 89.His story is a classic case of a young man driven by the sheer passion to succeed. At the time of his death, the then Prime Minister, Atal Bihari Vajpayee in his condolence message aptly stated thatÂ Bhagwan Dada through his unique style of acting and dancing, had inspired a whole generation of comedians in Hindi cinema.

Bhagwan Dada is still remembered for his signature dance moves which every major star right from Amitabh Bachchan, Govinda, Mithun Chakraborty and Rishi Kapoor have been known to draw inspiration from for their own dance moves.

He humoured us, toyed with us, made things look so simple…His banter was incessant and passion unstoppable . . .Â  So was his daily dates with the bottle. At times his eloquence held us silent as images and some witty turn, some humorous phrase brought roars of applause. Sometimes his means to an end brought us all tears..He loved the bottle and wanted to die by it…A friend of his once quipped ” even if we sold the bottles he consumed, we would have made enough money to stay in a bungalow in Bandra” Urban legend but can be taken with a pound of salt if not an Ezra. For he was special…Ek Albela…one in a million, a million in one…

Borrowing a couplet from Kabhi haan Kabhi naa… These simple but endearing words by Majrooh may describe him best.. 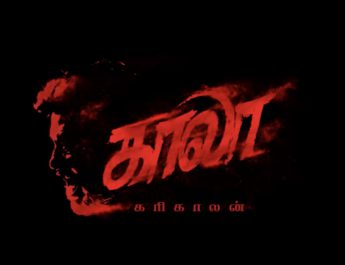 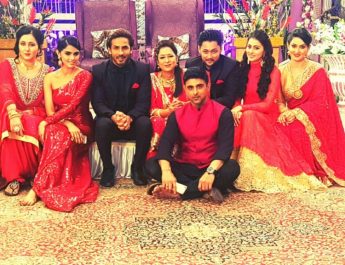 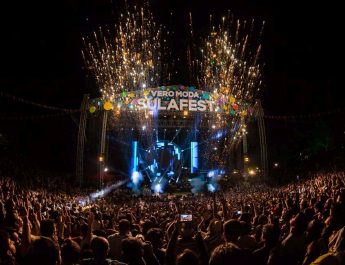