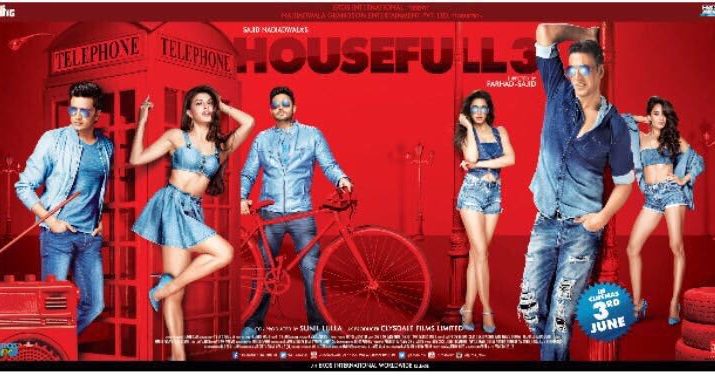 Eros International, Indiaâ€™s leading global company in the Indian film industry announced the record breaking success of one of the biggest franchises, Housefull 3 at the box office. The film has collected over Rs. 100.03 crores (USD 15 million) across the globe in the opening weekend with Rs. 73.02 crores gross (Rs. 53.31 crores Net box Office) in India and Rs. 27.01 crores overseas. Produced by Sajid Nadiadwala & Eros International and directed by Farhad-Sajid, the film starring Akshay Kumar, Riteish Deshmukh and Abhishek Bachchan opened worldwide on 3rd June 2016.

One of the most anticipated films of the year, Housefull 3 set the cash registers ringing with the release day (Friday) collecting over â‚¹ 15.21 crores in India and continued to witness the upward trend on Saturday with â‚¹ 16.30 crores. Courtesy a blockbuster Sunday, the film saw an unprecedented response raking in â‚¹ 21.80 crores, taking the total weekend net to Rs. 53.31 crores.

The film opened to an impressive start in the overseas markets as well with phenomenal collections in the US and Canada with USD 700000 plus in 3 days. The film collected approximately F$141,000 in Fiji in 4 days, creating a new record to become the highest ever Bollywood grosser in the country, beating Bajrangi Bhaijaanâ€™s collections of F$125,000.

Commenting on the filmâ€™s success, Nandu Ahuja, Sr. VP, India Theatrical, Eros International Media Ltd said, â€œWe are elated with the response Housefull 3 has garnered across India. The film is a complete laugh riot, a family entertainer that has appealed to audiences of all age brackets and the weekend box office collections are a testimony to that. This marks the return of comedy and the film has lived up to the huge hype and expectations from the successful franchiseâ€.

Commenting on the overseas success, Pranab Kapadia, President – Marketing and Distribution, Eros International Plc, says, â€œHousefull 3 was one of the most awaited films of 2016 in the overseas markets and a perfect start to the summer. The film has opened tremendously across UK, US, Canada and UAE. We are confident that the film will continue its winning streak at the box office this week as well.â€ 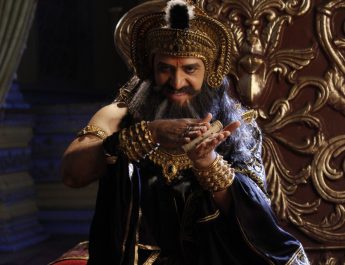 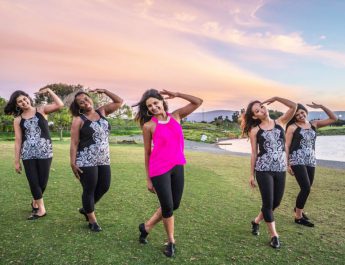