Owing to the elevating levels of air pollution, Asthma is certainly on the rise in Ahmedabad. As per WHO, nearly 17-30 million people in India are suffering from asthma. The condition not only affects the adults but children, as young as 5-11 years are also falling prey to the disease.

With air pollution as one of the prime reasons for causing and aggravating asthma in people, Ahmedabad ranked by WHO as one of the most polluted cities in India & the globe. Thus, Columbia Asia Hospital, Ahmedabad today volunteered to distribute masks to the very busy traffic officials serving their duty on traffic signals. Marking the World Asthma Day, the hospital initiated to provide the traffic officials with safety masks in order to protect them against inhaling polluted air.

The masks were specifically distributed to the traffic officials keeping the mind the constant level of their exposure to polluted air. Columbia Asia Hospital, Ahmedabad mask distribution drive to the traffic officials not only helped them protect themselves but also tried raising awareness among general masses regarding the rise in pollution that is further triggering cases of asthma in the city.

â€œOver the years,Â asthmaÂ has become the most common chronic disease among adults as well as in children. AsthmaÂ is a chronic disease characterized by recurrent attacks of breathlessness and wheezing. While there are several causes, air pollution stands as well-documented trigger for asthma. In a city like Ahmedabad, air pollution is breaching the tolerance levels owing to its increased industrial & vehicular pollution. While we talk about air pollution, traffic officials become the most vulnerable to asthma as their job nature demands constant exposure to air pollution caused by the passing vehicles & dust. Therefore, through our initiative we not only intend to help these officials to protect them from inhaling the polluted air, but also create a general awareness regarding the rise in asthma cases in the city. With numbers increasing every year, it is necessary for every individual, young or old, to notice and treat the early symptoms with early medication to control asthma,â€ said Dr.Himanshu Parmar, Consultant, Pulmunology, Columbia Asia Hospital-Ahmedabad.

During anÂ asthmaÂ attack, the lining of the bronchial tubes swell, causing the airways to narrow and reducing the flow of air into and out of the lungs. RecurrentÂ asthmaÂ symptoms frequently cause sleeplessness, daytimeÂ fatigue, reduced activity levels and school and work absenteeism.Â AsthmaÂ has a relatively low fatality rate compared to other chronic diseases.Â  While some asthmatic symptoms are mild and go away on their own with minimal medication, other continues to get worse. When symptoms get more intense and/or more symptoms occur, it is called Asthma attack. They are also known as flare-ups or exacerbations.

â€œThe increase in number of people suffering from asthma has become a major concern. While earlier we used to receive cases of adults and aged suffering from the condition, now we receive relatively more number of pediatricÂ asthmaÂ patients, in our hospital as well. Asthma has turned out to become a public health problem occurring in all income groups. Notably, over 80% ofÂ asthmaÂ deaths occur in developing countries. Hence, it becomes important to treat the symptoms when you first notice them, with right medication. It is also very important to understand, thatÂ AsthmaÂ can only be controlled, not cured completely,â€ added Dr.Amruta Thakkar, Consultant Pediatrics, Columbia Asia Hospital, Ghaziabad.

The hospital also gave them some tips to maintain & prevent asthma like, how important it is to practice yoga every day or indulge in any physical activity. While they should quit smoking completely, they should also avoid inhaling polluted air such as smoke or dust. The best precaution ofÂ asthmaÂ is to keep allergenic situations at bay. In case of children, parents need to be very alert and watchful. They should not take cough and breathlessness lightly. Hence, the hospital notified them that it could be an early symptom of asthma. 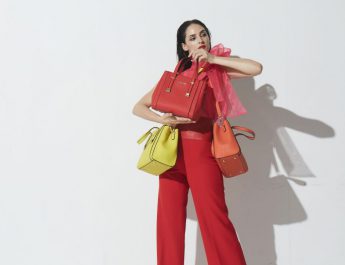 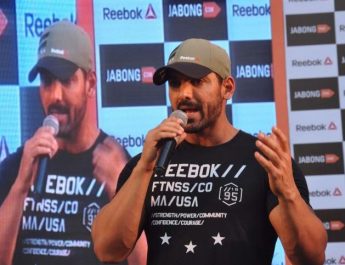