Aravind Sanka, Co-founder Rapido said, â€œThe funds will be deployed for Rapidoâ€™s expansion into other cities and building up the team. A majority of our customers use us as a daily commute option since we have built the product with deep understanding of their needs. We have unique features such as quick booking, favorite routes and multiple modes of booking including missed call booking service. At the moment, we have a fleet of over 400 bikes across Bangalore, Gurgaon and Delhi. The number is set to touch 1,000 over the next 2 months.â€

With the steadily rising urban population and four-wheelers overcrowding roads, Rapido is attempting to reduce the carbon footprint at a massive scale. Within a short period of time, Rapido has over 50,000 app downloads and delivered more than 1, 25,000 rides. 85% of Rapidoâ€™s rides are from repeat customers and 10% of the customers are women. They recently launched a free Bike sharing platform during the second phase of odd-even in Delhi which has got a tremendous response from the citizens of Delhi.

â€œOur investors will contribute not only by infusing capital but also by sharing expertise in scaling the business. India is a world leader in two wheeler manufacturing which makes bike taxi a potential option for solving the daily commuting problems. We believe India has a potential of more than two million bike taxis and we are at the forefront in this segment building a convenient, cost-effective, faster yet personal mode of transportation.â€ Aravind added.

Customers save 40% cost and 50% time compared to alternative options. Safety and customer satisfaction are Rapidoâ€™s top priority. Rapido has stringent checks and strict penalties to ensure best in class safety standards. A rider has to complete a comprehensive test ride process, get the vehicle inspected, get all the requisite documents verified and accomplish mandatory training & certification before coming onboard. Rapido also monitors speed for each ride and sends prompts to the rider in case of over speeding. Furthermore, Rapido is the only bike taxi service in India that has an emergency SOS button installed within the app which allows Rapidoâ€™s safety measures team to monitor every ride taken on the network. The company has also partnered locally with leading ambulance services to help reach hospitals in case the need arises.

Mr. Pawan Munjal, Chairman, MD & CEO, Hero MotoCorp, who has invested in the venture in his personal capacity, said, â€œIn a rapidly-changing demographics and socio-economic environment, urban mobility in the country is undergoing an evolution with people looking for alternative modes of transport, convenience and comfort. Rapido is a commendable initiative and has the potential to generate significant employment besides making convenient motorized transport accessible to the masses. With their strong background and passion, I believe the founders of Rapido are well positioned to deliver on their promise. I wish them all the best.â€

Rapidoâ€™s vision sets them apart from other bike taxis in India. Their vision is to build a community where a rider with a spare seat on his two-wheeler gets to meet other riders who are open to the idea of sharing a bike ride. So, while the customer saves time and money, the biker on the Rapido platform gets an opportunity to earn some extra money. An easy user interface lets the customer identify the nearest rider and request a booking within seconds. 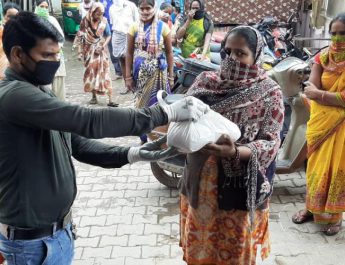 Delhi NCR in support of lock down 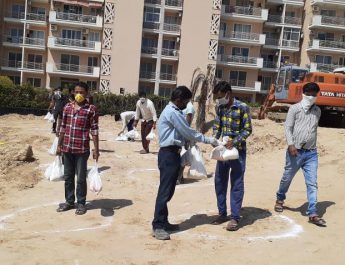 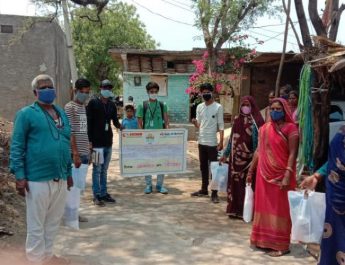